Two (or three) cards for learning: a Moodle interface for 21st century pedagogies

Interface is key to transforming the user into an engaged learner. The learner is not just as a consumer of digital objects but is a cognitively and socially connected individual; hence the digital objects must convey coherence and connectedness within and beyond the module itself.

The interface was built around two or three dialogically related/connected cards.

Moodle is used as a dynamic and productive repository – an analogy would be the difference between a dormant bank account and a high yield investment account. 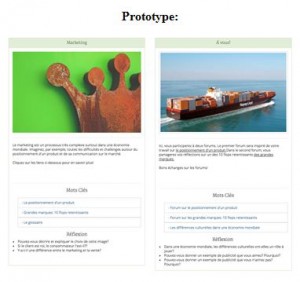 From the learner’s point of view:

From the practitioner’s point of view:

Click on the links below to view Áine’s blog posts: