Digital Champions Day was held in UCC on June 7th 2016. The Digital Champions presented their projects and talked about their journeys with Technology Enhanced Learning (TEL) and the Transformation Through Collaboration Project in the previous six months.

First to the podium was Prof. John O Halloran, Vice President of Teaching and Learning at UCC. John spoke of the importance of collaboration between institutes like those in the Transformation Through Collaboration Project, and how students deserve inspirational teachers such as the Digital Champions.

Our guest speaker, Cambridge Professor John Naughton, had some excellent insights into the use of technology in a modern society. John studied Electronic Engineering at UCC and he describes himself as a ‘Techno-utopian’ turned ‘Recovering-utopian’. John spoke about how the internet is now ‘old’ technology which was a creation of the Baby Boomer generation. He encouraged people to change the way we talk and think about Information Technology (IT), to stop being intimidated by it and to recognise that there is no one size fits all when it comes to people and IT.

The Digital Champions from UCC were then up to speak about their projects, and what they had accomplished over the last few months. Video definitely featured in these projects, from instructional videos for biology students, to using video as part of online geography courses, to filming introduction pieces to incorporate into mobile apps, there were a variety of examples on the use of video, as well as other TEL tools, in different teaching scenarios.

After UCC, came the IT Tralee Digital Champions. There were many great projects presented on the development of Reusable Learning Objects (RLOs) for use by the careers service to enhance students online profiles for career development, and for nursing students practical skill development, among others. These Champions used the Articulate Storyline e-learning software to create their RLOs.

IT Carlow really impressed with the variety of projects, from incorporating animation into lectures to increase student’s retention of key information, the use of Virtual Reality headsets in the classroom to increase students understanding of physics, peer assessment in computer games coding labs to increase student engagement, through to the comparison of Blackboard and Turnitin for grading assignments.

After IT Carlow came a refreshing break and themed discussions on the use of TEL in teaching. During these discussions Padlet, commonly described as a digital canvas, was used to share resources, tips and tricks, and general advice by the participants on a number of themes such as collaboration, assessment, flipping the classroom etc. 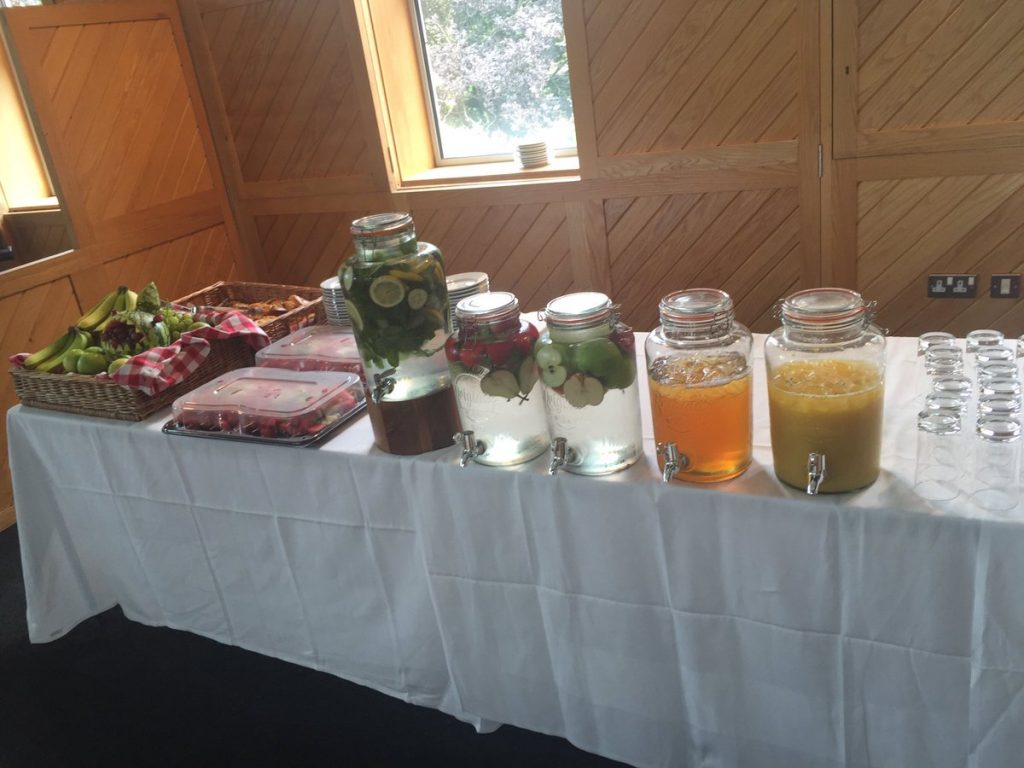 We reconvened to listen to Cork IT’s Champions present their projects. We heard Dr. Roy Sleater speak on the use of the GoSoapBox app in class. A mobile app which give’s real-time information on the student’s understanding of the lecture material. Roy spoke about the benefits of such a resource for large class sizes, where some students find it intimidating to ask a lecturer to go back over a certain topic or slide in front of so many other students. Zahid Aslam spoke about the use of mindmapping software in class as an alternative to powerpoint, and Thomas Broderick demonstrated different sporting apps which helped his Sports students coach their prospective clients in sporting techniques.

The final group of Champions to present came from Waterford IT. Again, there were a wide variety of projects from the use of cards as an interface in Moodle for teaching second languages and also using Moodle for online peer and self assessment for nursing students and evaluating students’ attitudes to this type of assessment as part of blended learning.

After all the institutes presented, Professors John O’Halloran and John Naughton presented each Champion with a ‘Digital Champion’ Digital Badge. These badges celebrate and award the hard work completed by our champions over the last few months. These digital badges are a great accompaniment to the project as they are designed to be used and shared online on a variety of social media and ePortfolio platforms. 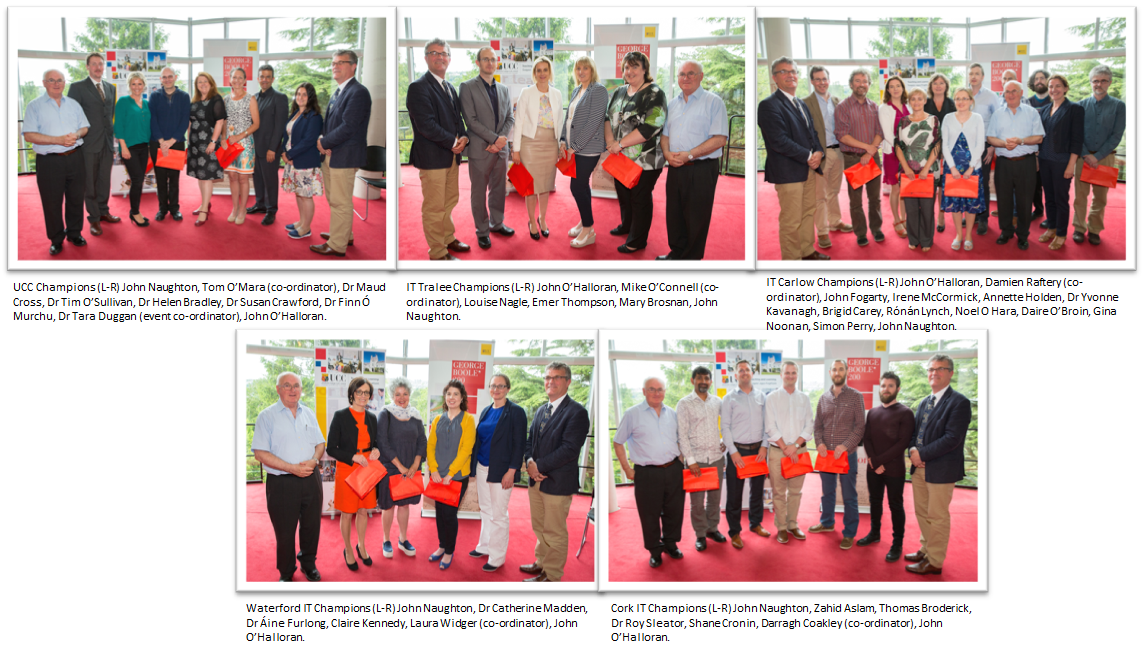 John O’Halloran and project co-ordinator Tom O Mara summed up the day with some closing remarks of thanks to all the project partners and Champions for all their hard work and contributions over the past few months, encouragement to continue collaborating into the future and a reminder that we owe it to our students to continue challenging and transforming our teaching. 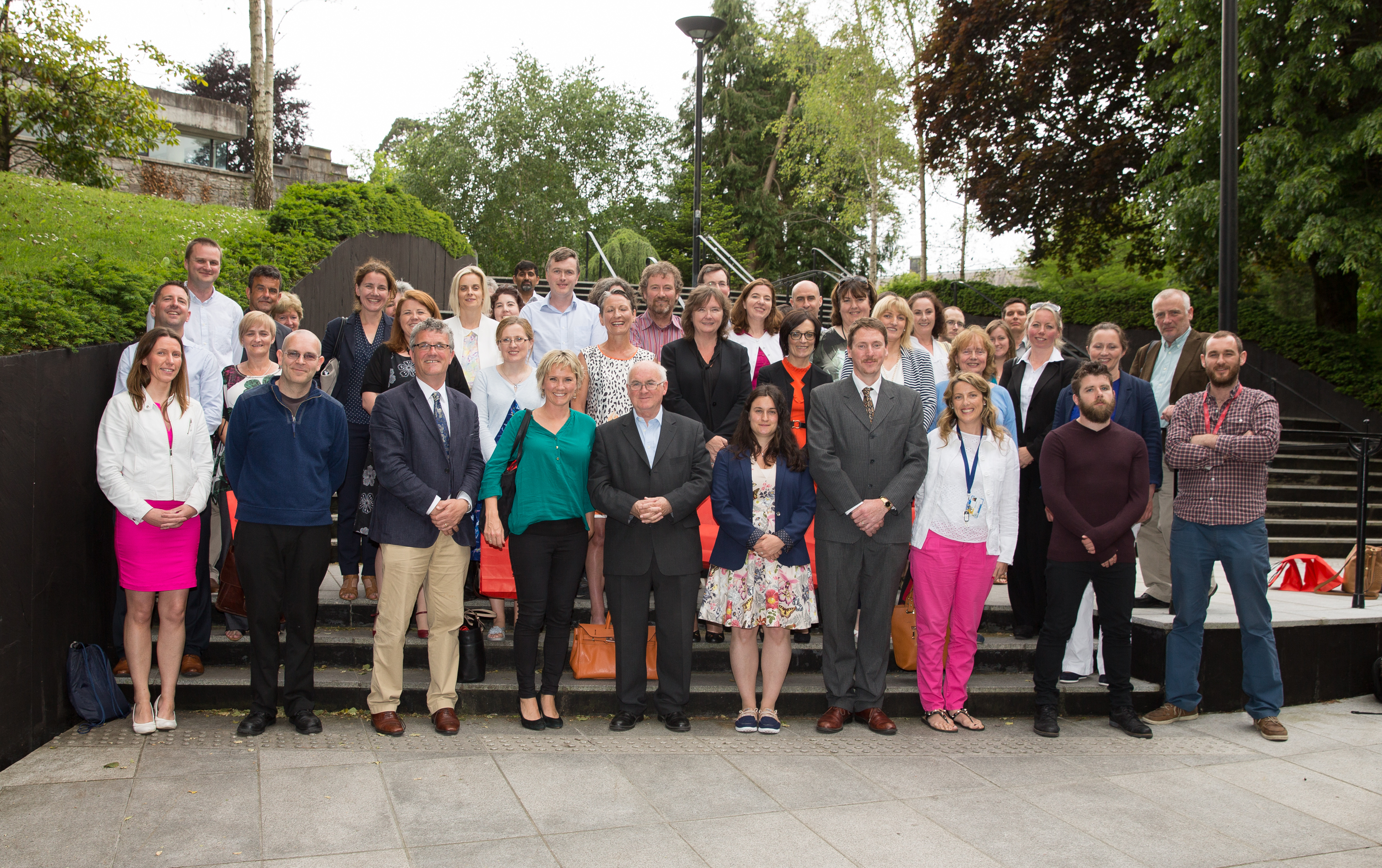 We had a fantastic Digital Champions Day on June 7th with Champions from all Institutes presenting at University College Cork. Check out this video to get a glimpse of the day, the Champions and their projects. 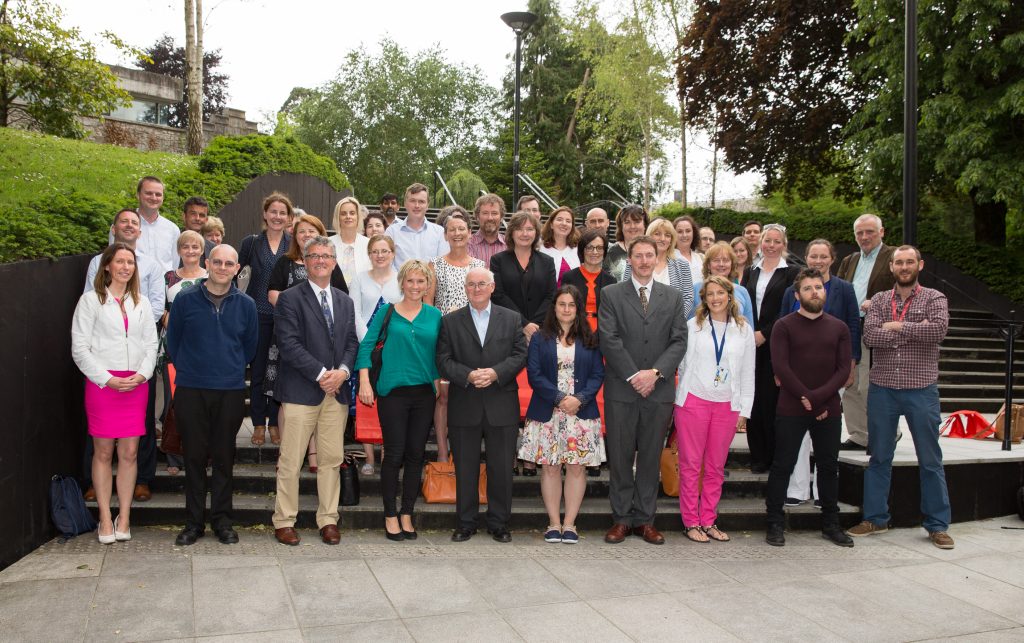 On June 1st Waterford IT Digital Champions presented to their colleagues on the projects they had taken part in for the previous six months. We hope that these type of local events will encourage other academics to pursue the use of technology in their teaching, like our Champions have. To see these presentations, click on the video below.